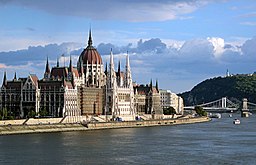 Budapest is the largest and, of course, the capital of Hungary. Within the state that unites membership in the European Union, it is the ninth largest city of this grouping. The town was founded in 1873 by merging three parts that had been independent until then. It meant the end of Pest, Buda and Old Buda and the emergence of a new metropolis.

It is situated on the left and right banks of the Danube, covering an area of about 525 square kilometers. Budapest alone has about 1.72 million inhabitants, if we include the entire agglomeration and then up to 2.45 million.

Magyar Állami Operaház (Hungarian State Opera) – a beautiful Neo-Renaissance building located at Andrássy Ave 22.. Construction began in 1875 and was inaugurated in 1884. More information about the program and tickets can be found here.

National Theatre Budapest – located at Bajor Gizi Park 1.. It was opened in 1837. The new building has been in service since 2002.

National Museum – located near Kálvin tér Square. The same is the name of the metro stop (blue and green lines) and bus and trolebus stops. It is open every day except Monday from 10 a.m. to 6 p.m. Full admission can be purchased for 2600Ft, and of course there are various discounts. Children under 6 years of age, over 70 years of age or physically handicapped persons with an escort have free admission.

Bélyegmúzeum (Postal Museum) – see Hársfa utca 47. It is open every day except Mondays, from 10 a.m. to 6 p.m. The price for adult visitors is 1000Ft, various discounts and family tickets are also available. Children under 6 years of age, teachers, journalists or persons over 70 years of age can see here completely free of charge.

and more than 60 different museums.

Budapest is a very important university city not only within Hungary. More than thirty universities are located here. The most significant of them are:

Loránd Eötvös University – the oldest of the Hungarian universities, which moved to Buda in 1777. It was founded in 1653 in Trnava. Students can choose fields of study at a total of eight faculties.

Corvinus University in Budapest – information about the school and study programs can be found here.

Like other European cities, the Hungarian capital has a very well-functioning public transport. Thus, it is a very important means of transport for both locals and visitors and tourists. Thanks to public transport, you can avoid parking problems mainly in the center, but on the other hand, save money compared to using a taxi service.

The main backbone of urban transport is formed by four metro lines. This goes without saying, because the trains under the surface run on time and are not dependent on further traffic. Of course, the metro is also complemented by buses, trolleybuses and trams. In addition, you can also use the cable car and rack railway.

Of course, you can also get to Budapest by public transport. For example, Flixbus will take you here by bus, with early booking even at a very reasonable price.

Of course there is also the possibility of transport by train and plane. Of course, Budapest has its own international airport. About 15 kilometers from the center there are three terminals of Liszt Ferenc Airport.

Thanks to the Danube, it also has its own port, you can even get here by cruise ship from Bratislava. 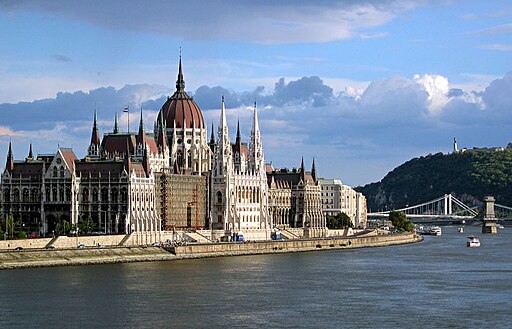