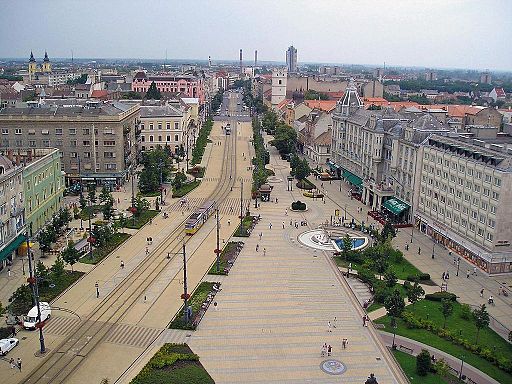 Debrecen is the second largest Hungarian city in terms of population and area. A little over 200,000 inhabitants live here permanently. It lies in the very east of the country, only 30 kilometers from the Romanian border.

Large Reformed Church – a building from 1805–1824 is the largest Protestant church in hungary in terms of size. It covers an area of 1500 square meters and is built in the Classicist style. The capacity of this church is 5000 people.

Like other major European cities, Debrecen relies on public transport. It greatly facilitates movement around the city, not only for locals, but also for tourists. If you are not your own car in the city, it is almost a necessity for you, if you have a car available, it is equally more convenient to use public transport around the city, because you will save yourself a lot of worries with parking, especially in the center.

Debrecen relies on a tram, which is complemented by trolleybuses and buses. The signage is quite clear and the connections run on time.

The fastest and, of course, the most comfortable is, of course, air transport. Debrecen has its own international airport, located just 5 kilometers south of the city.

However, you can also take a trip here relatively easily by long-distance bus or even by train.