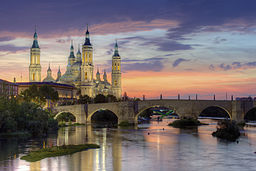 Zaragoza is a well-known Spanish city, which is the fifth largest in the country in terms of the number of permanent residents. It is the capital of the Aragon region and has a permanent population of almost 670,000. Although unlike other Spanish cities, it is not located by the sea, it is a very attractive tourist destination.

A number of local building monuments are definitely worth a visit, especially those that are listed on the UNESCO World Heritage List.

Zaragoza is also of great economic importance to the region, as there are two car factories and other large employers near the city. Thanks to its strategic location with good motorway connections to France and large Spanish cities, this is advantageous for many global manufacturers.

Puente de Piedra – a stone bridge that dates back to 1440.

Aljaferíja Palace – is one of the most important Moorish buildings in Spain. It dates back to the eleventh century and today, in addition to a permanent museum, the Parliament of Aragon sits there.

When visiting Zaragoza, be sure not to miss a visit to one of the Museums. The possibilities are really very varied and so everyone will surely find their field. For example, it is worth mentioning:

Alma Mater Museum – located directly in the Archbishop’s Palace. The exhibition is related to the history of the local archdiocese and the associated works of art.

La Seo Tapestry Museum – this exhibition can be found right in the Cathedral of the Saviour itself. If you like tapestries, believe that you will hardly find more interesting and valuable exhibits throughout Europe.

La Zaragozana Museum – located in the building of the old brewery. And what else could the museum in the brewery devote itself to than the process of brewing beer.

Like other major cities, Zaragoza relies on public transport for transportation within the city. For tourists and residents without their own car is an obvious choice, but even if you have a car in the city, due to parking problems, the use of city transport is more convenient. There is a tram, buses and also suburban trains.

Thanks to good motorway connections, it is possible to travel by car. Long-distance bus transfers are also available. For example, Flixbus will take you here from many European cities without having to change trains. By booking tickets early, you can get to interesting prices.

The fastest and most convenient is, of course, air transport. Zaragoza has its own international airport. For example, low-cost airlines Wizzair or Ryanair fly here. Regular flights come here from London, Milan, Brussels, Bucharest or Paris. In addition, of course, many national flights and charters. It is located about 16 kilometers from the city and for transfer from the airport you can use in addition to taxis and regular bus lines to the city.

The city is a crossroads of two high-speed railway lines, so it has direct connections to both Madrid and Barcelona. If necessary, there is also the possibility of using the airport in these metropolises and then transfer by high-speed train. You can get to Madrid in 90 minutes, while Barcelona is 20 minutes shorter. 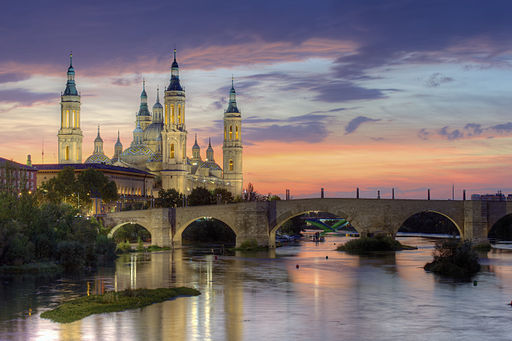