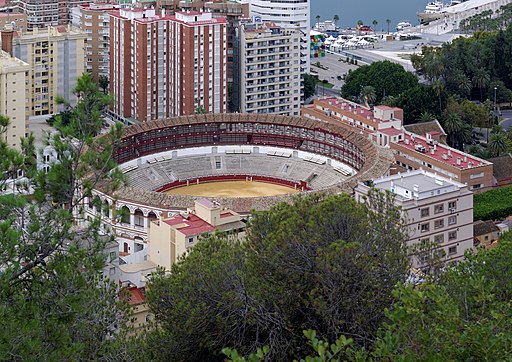 Málaga is a well-known city in the south of Spain, which is the sixth largest city in the country in terms of the number of permanent residents. If we look only in Andalusia, it is the second most populous settlement after Seville. Directly in the city lives about 580000 inhabitants, and if we take the entire metropolitan area so it is about 900000 inhabitants.

Málaga is a very important transport hub not only in the region, but also within the entire Iberian Peninsula. It has not only an important port, but also an international airport. You will also find a university in the city.

Of course, it is also a very popular tourist destination.

Alcazaba – a Moorish fortress with origins from the 11th century, which must not be missed by anyone who visits Málaga.

La Malagueta Bullring – one of the largest arenas in Spain, where up to 14,000 visitors can be found.

Pablo Picasso’s birthplace – you must not miss it if you are interested in his work.

Like other large cities, Málaga is administratively divided into smaller territorial administrative units. This facilitates orientation in the city and administrative tasks for locals. In the case of this city, it is ten districts (distritos):

The fastest and most convenient way to get to Málaga is, of course, air travel. The city has its own international airport and regular connections with many European cities. In addition, it handles a number of charter flights mainly during the season. Málaga-Costa del Sol is the fourth busiest airport in the country.

The airport has three terminals and, of course, good connections with the city itself.