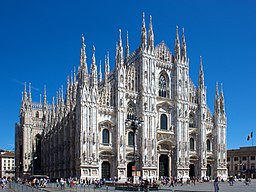 Milan is the second largest city in Italy in terms of population. Apart from Rome, there is no more populous and developed area on the Apennine peninsula. Milan itself has about 1.3 million permanent residents, but if we include the surrounding agglomeration, we get to numbers approaching 4 million.

Milan is literally the driving force of the Italian economy, as it has the third highest GDP per capita in the entire European Union.

Milan is not only a center of trade in industry and fashion, but also of education. Given the population of the area, it is clear that it also has an irreplaceable role in university education. On the territory of the city has its headquarters 7 universities comprising a total of 48 faculties. In practice, it is therefore possible to study any field in Milan.

Politecnico di Milano – is the oldest University of Milan and was founded in 1863. Its seven campuses can be found in multiple locations in Lombardy and in terms of the number of students it is the largest technical university in Italy.

Milan State University – a public research school with nine faculties, whose history dates back to 1923.

Cathedral of the Nativity of the Virgin Mary (Cathedral) – is one of the sights that you definitely must not miss when visiting Milan. It is the second largest Italian cathedral and the fifth largest in Europe. This Gothic gem began to be built in 1386.

La Scala Theatre – one of the most famous opera houses in the world.

Like all cities, Milan prefers public transport to move within the city. Passengers will not have to worry about the often complicated parking of cars, especially in the center. In Milan, the main means of transport is the metro.

The Milan Metro has a total of four lines and currently 101 stations. The metro is then supplemented by other means of transport.

Like other major cities, Milan is divided into smaller territorial units. In this case, it is a total of nine parts, which are further divided into quarters. They are:

The fastest and, of course, the most convenient way to get to Milan is air transport. Two airports are used for the flight. Most often it is the second largest Italian airport Malpensa, which you can find about 50 kilometers from the city. You can also use the less busy air port in Bergamo, which is located about 60 kilometers from Milan. From the airport, you can then get either by public transport or by taxi.

If you prefer a long-distance bus, Flixbus will take you here from many European cities even without a transfer, and with early booking you will get tickets at really great prices. 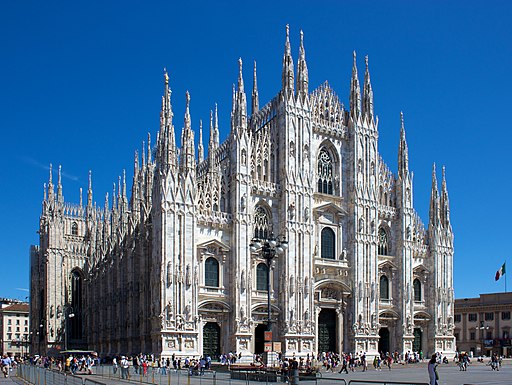