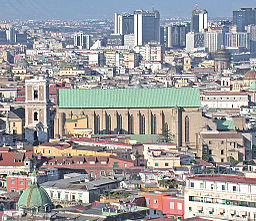 Naples is a well-known European metropolis and is the third largest city in Italy after Rome and Milan. There are less than a million inhabitants living in the city itself, but if we add the entire metropolitan area, we already get to 3.3 million. And it’s no wonder at all. Naples has a really interesting history and present, it has the sea and beautiful weather.

The beautiful historic center has rightly been inscribed on the UNESCO World Heritage List since 1995. The area was demonstrably inhabited as early as the Stone Age, the first Greek settlements were established here as early as 2000 years BC.

There are many sights in Naples and if your visit to the city is shorter, you will probably not be able to visit them all. It will depend only on your preferences.

Castel dell’Ovo – a castle that you can not miss in any case. It is a typical part of the view of the bay and can be found in most photos of the entire bay. An interesting feature is the free entrance for visitors. It lies on a rocky islet.

Capua Castle – was built in 1153 and until recently was the seat of the court.

Castle of St. Elias – a castle built around 1275 can be visited on the top of Vomero. It has an interesting star-shaped floor plan and, above all, offers an amazing view.

Castel Nuovo – A beautiful castle that was built between 1279 and 1282. At present, the city museum is located and the beautiful hall is used on many festive occasions.

The Cathedral of Naples (you can also meet the names Cathedral of the Assumption of the Virgin Mary or the Cathedral of St. Januarius) – is primarily the main neapolitan church and also the seat of the local archbishop. Beautiful frescoes, richly decorated altar and rare canvases are definitely worth a look.

As in other cities, public transport is the ideal way to move around the city. It is significantly cheaper than a taxi and compared to your own car, there will be no problems with parking.

The main and most important part is clearly the Neapolitan Metro. It has two lines and the important thing is that it works great and runs on time. If possible, be sure to use it. It has connections both to the main train station and, with the help of buses, to the airport.

Other means are trams, buses and cable cars. Be careful, some buses stop only on signs. Compared to the metro, it should be noted that the timetables are rather indicative 🙂

The fastest and also the most convenient is air transport. When booking tickets early, you can get a really interesting price, especially for low-cost tickets. From the airport to the city can be easily reached. You can either take a 15-minute bus ride with a price of 3.5 E, or you can use a more expensive taxi, which will take you to the hotel 🙂

The International Airport (NAP) is located only about 6 kilometers from the city. Low-cost flights can be found here from Prague, Nuremberg, Vienna or Krakow. 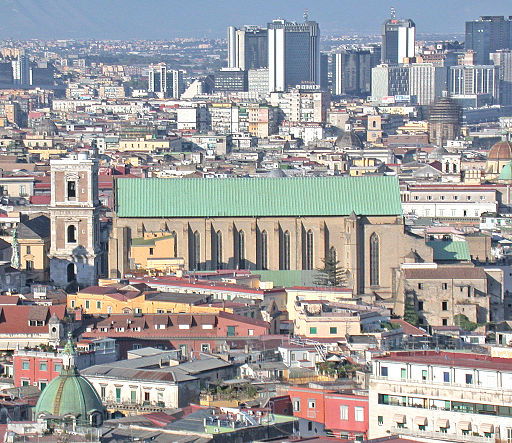