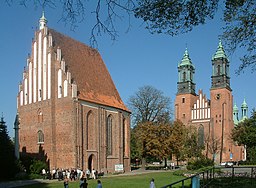 Poznan is a historic city that can be found in the Greater Poland Voivodeship. In terms of population, it is the fifth largest city in Poland. It lies on the Warta River on the Berlin-Warsaw route and is permanently inhabited by about 534,000 inhabitants.

Cathedral of the Holy Apostles Peter and Paul – is the oldest Polish cathedral and also one of the oldest churches in the territory of our northern neighbor. It has stood on this site since 968 and although it has been rebuilt many times, it is still on Tum Island in the same place. Its present appearance is from the 14th-15th centuries. During the Second World War it was damaged, but it was repaired to its original form.

As the largest city in its region, Poznan is, of course, also an important centre of university education. The most important and also the most famous is definitely the Adam Mickiewicz University, where it educates up to 50000 students. In addition to it, the city also studys polytechnic, medical, natural science, economics and, of course, art college.

As in other large cities, urban transport works very well in Poznań. It is important not only for visitors but also for residents, because in the center, as everywhere else, there is a problem with parking.

In Poznań, trams provide the main transport capacity. There are a total of 19 lines, the stops are very well and clearly signposted, and the connections run on time. Trams are then complemented by buses that will take you everywhere where there are no tracks.

Thanks to its very convenient location between Berlin and Warsaw, Poznan has a very good motorway connection and offers a journey by your own car.

The fastest and also the most comfortable is, of course, air transport. The city has its own international airport, which can be found about five kilometers from the city center. From the airport to the city can be easily reached by bus, if you want more comfort and do not mind the higher price so of course a taxi.

You can also choose to travel by long-distance bus. For example, Flixbus will take you here from many European cities even without a transfer. With early booking you can get to really great prices. 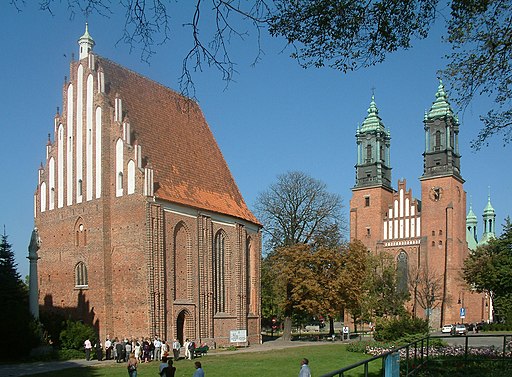